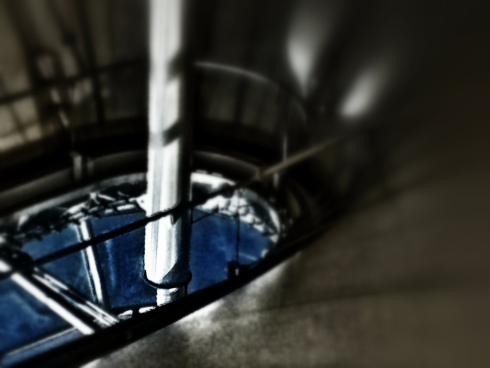 Tatie Wilson opened the envelope and smiled at jumbled printing. Her boy was never much of a writer, but his words warmed his momma’s heart. Phone calls were things that were hard to come by, long line ups and all. Poor boy was having a rough go of it now, ever since they transferred him to general population.

She frowned at the letter. He said all his clothes were torn up, and he needed to fix his own shoes. No new shoes. Imagine that, you’d think the government would take better care of its inmates. Poor boy was practically starving too, asked her to bring him some fried chicken next visitin day.

She sure would. A side of biscuits and mashed potatoes too, gravy of course; her boy always appreciated a good meal. Last time she saw him, he was looking a little too thin, with little sores around his mouth and sunken eyes. But still a fine looking boy, strong as an ox, and a nice smile for his momma.

In her best church clothes and a cooler bag slung over her shoulder, Tatie Wilson stepped off the old painted school bus. Men stood around everywhere, most in uniforms and heavy belts while a few boys played basketball behind razor wire. The gate was already shut behind the bus, and Tatie joined the lineup of other folks vistin.

She smiled at the guard as she lined up to sign in, her neat cursive signature marking off visits stretching past years. Every blessed Sunday. Tatie opened the bag for the guard, the smell of fried chicken filled the crowded hallway; heads turned and noses sniffed appreciatively.

“Looks pretty good, ma’am,” the guard peered into the bag, poking past foil covered dishes. “Your own recipe?”

“Uh huh, old family recipe,” Tatie smiled, “Handed down for generations.” She looked up at the guard, dark eyes gleaming, “Wouldya care for a piece?”

“Don’t mind if I do.” Thick fingers reached in, snagging a drumstick. “Thank you, ma’am.”

She smiled at him, “Just be careful of the bones, can be sharp, y’know. I keep ‘em all in. Gives extra flavour.” She nodded wisely.

Mouth full of fried chicken, the guard nodded, and waved her though the gate. Heavy metal doors clanging shut behind her.

Seated at a table surrounded by other families, Tatie watched as her boy tucked in to his dinner. Prison-issue plastic spoon and a paper plate didn’t do the food justice, but what you gonna do. The guards stood around sniffing the air. Mounds of fluffy mashed potatoes, flaky biscuits, pools of gravy and enough fried chicken to shake a stick at.

Her boy wasn’t sharing with anyone.

While he ate, Tatie made small talk; he answered in grunts, always reaching for another drumstick.

She smiled. Momma sure knows her boy.

Sitting on her sofa, Tatie was resting with her feet up and watching the evening news, a cuppa tea beside her. Visitin day always wore her out. Long day on her feet, she thought, rubbing tender varicose veins. Tatie sat up as another new anchor came on, that good lookin dark-haired fella, saying something about a disturbance in the local prison.

She stared, open-mouthed, at the television.

As her phone began to ring, Tatie mumbled a prayer, to the good lord above, the devil himself, or whatever spirits may be; praises and prayers for the god of the ever blessed chicken bone.

Liz McAdams is a writer living in the wilds of Canada with her black cats and her laptop (the wifi’s pretty good in the boonies). She loves themes of loss, love, and change – all with a twist of something else entirely.