Marjorie Jones was a woman of money, of a certain age and distinguished taste, quite refined, she thought as she pulled the Jaguar into the service station; but she did have certain proclivities. Little quirks, as it were.

Easing the car into park, her well-manicured hand glided over the gear shifter and she looked around expectantly. Marjorie smoothed her skirt, a bit short for work, but this was an afternoon meeting, and she’d already called her assistant to say she’d be late.

She smiled as the attendant came into view; college youth with broad shoulders and a freckled tan from his days out doors; dirty blonde hair that was adorably unkempt.

Yes, he’d do. Quite nicely in fact.

He approached, eyeing the car, sleek curves glistened silver in the sunlight, and the engine, oh, could it rev. She looked up as the attendant approached.

“Check the oil too?”

Marjorie nodded. Full service was something she expected, she demanded in fact. Something she deserved, to be pampered and waited upon, for the little things – that might not always be so little – took away the stresses of life.

So she indulged whenever she could.

Her hood opened, Marjorie lowered her sunglasses and stared at the attendant’s ass as he bent over the engine, popping and pulling something or other. Worn blue jeans and a faded t-shirt, he was a cutie for sure; well-muscled in all the right places.

He approached again, oil splattered stick in hand, and held it out to her. “Looks like you’re a quart low, you want me to fill ‘er up for you?”

“If you don’t mind, I’d appreciate anything you could do for me.” Marjorie shifted in her seat so her skirt hitched up slightly and her cleavage, albeit supported by the wonders of fine lingerie, was more prominent.

Marjorie smiled. Her legs were her best feature, and stretched out across leather seats they went for miles.

“You got a nice car,” he stammered.

“You drive stick,” he nodded at the shifter.

Wrapping her hand around the gear shift, Marjorie glided her palm up and down, smooth metal cool against her skin; and smiled again. “You know, in the right hands, it’s a very smooth drive.”

She moved to open the door, “Would you like to go for a ride? See if you like the feel of it?”

Then he fumbled for the door handle, holding the door for her. Standing beside him, Marjorie smiled. His face was spattered with dirt and grime, and freckling was scattered across his cheekbones. Blue eyes met hers.

Marjorie nodded at the other attendant sitting inside the service station, with a newspaper spread before him. She called out, “He’s just taking it for a ride, checking something for me.”

As the engine revved, he turned back to his newspaper; and the silver Jaguar shot out of the station, leaving the smell of burnt rubber behind.

It was much later that afternoon when Marjorie dropped the attendant off at the service station, a twenty dollar bill folded in his pocket and a smile on his face.

And oops, it looked like she’d missed her meeting. Again. But Marjorie’d already texted her assistant, and said she was busy, dealing with some issues with her car.

As a lover of fine wine and finer erotica, Carly Zee appreciates a good ride every now and again. You can find her poems, essays and stories, scattered around the ‘net, most recently on Sick Lit, Twisted Sister, Shot Glass Journal, and Feminine Collective. You can connect with Carly through https://carlyzee.wordpress.com/ 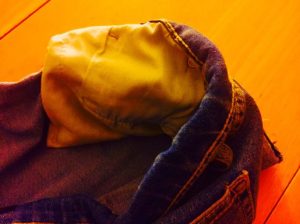