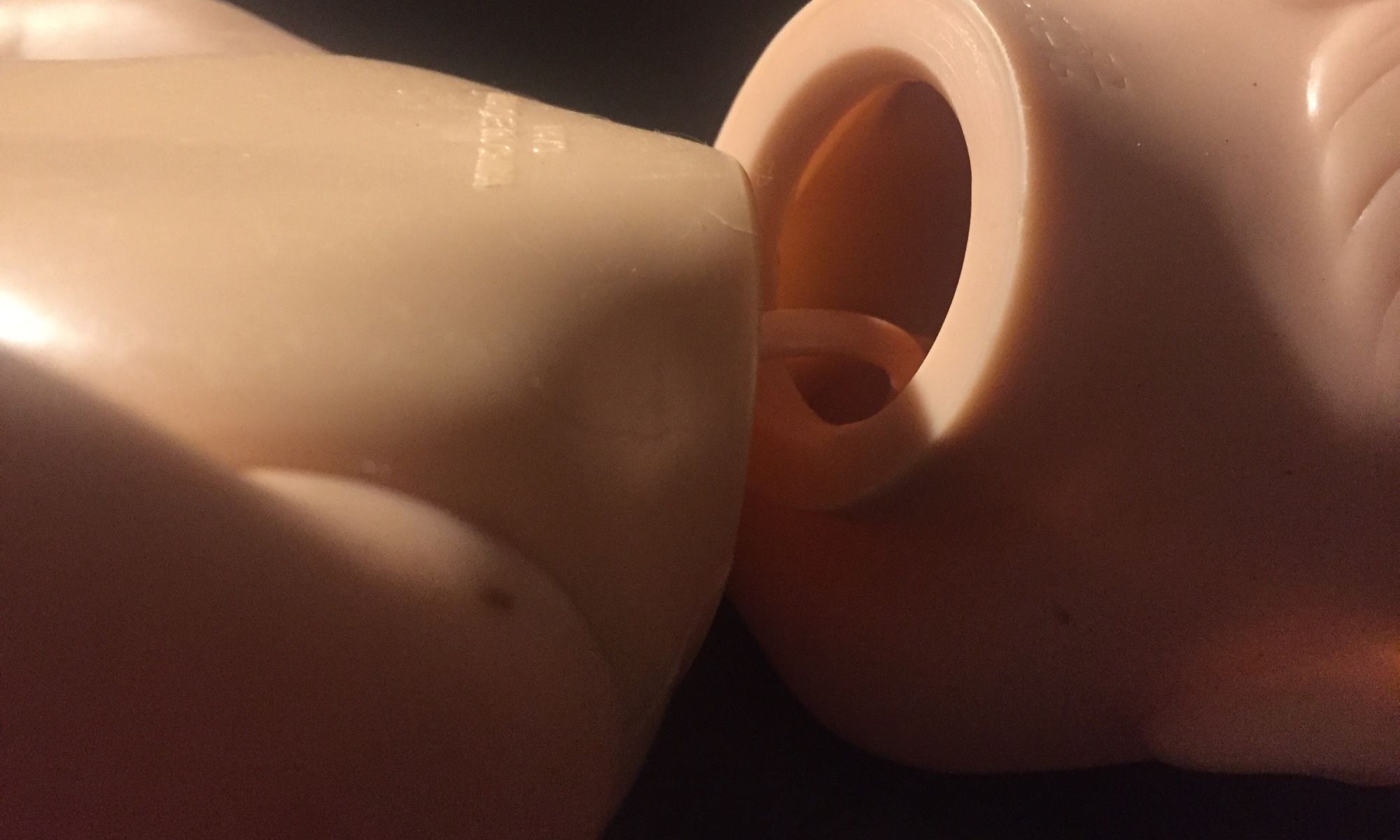 Selma Parker was a methodical shopper. Cautious, thrifty. One of those who never leave the house without a list, and once inside the store, never strayed from it. Ever.

It made her the envy of her neighbours, especially during the holiday rush. Christmas shopping was where Selma truly shone. Her lists, for all friends, family, and acquaintances, were drawn up by late August, and executed with military precision.

Back to school, Halloween, Black Friday, and the big one, the Christmas shopping season – she shopped all the sales, and made purchases after considering all prices past and present in her geographic area, she always got the best deal.

Hitting sale after sale, she crossed each item off her list with every purchase, calmly, coolly, and methodically, with never a case of buyer’s remorse.

Oh no, not Selma.

Remorse and regrets were for the weak – those shoppers driven by whim and impulse. Selma’s lists were planned and sensible, giving the recipient exactly what they wanted or needed, and always within her tight budget constraints.

Gifts for the priest, the rabbi, her doctor, her lawyer, the letter carrier and delivery man were all given as much thought as those gifts for her own family.

In short, she always found the perfect gift.

It was her sister who called one day in near tears – could Selma track down the last toy on her list? A sort of animatronic fuzzy creature, with large eyes? Preferably in pink, for that was her niece’s favorite colour.

It was a Furmatronic – this holiday season’s must have toy.

There were none left in the county, and online shopping proved futile, as every item was already purchased by more savvy shoppers; except for one shipment, somehow falling off the inventory lists of commercial retailers and likely ending up in the blackmarket of consumer goods.

It was a global deficit – but, Selma was up to the challenge; it would be the final item on her list.

She immediately dove into the task.

Through her usual network, Selma heard rumours of a large shipment of unknown goods arriving at her local discount store; a back alley place of sorts, filled with dingy shelves and dim lighting – the place where deals were made, and goods exchanged for far below market value.

Selma arrived early that morning as the truck pulled into the loading docks, and standing beside a crowd of other shoppers, all jostling together as the doors opened on the trailer, she pushed through the throng.

Shoppers standing by parted reluctantly as the men passed though, often reaching out to grab boxes off the stack or caressing the cardboard as it swept by and then turning to follow the man trundling the load of boxes into the store.

Load after load passed by, and the crowd thinned slightly, but, as the trailer was nearly emptied, and only few boxes remained, the crowd grew restless. As though all were drawn to this depot by a common purpose – and, as Selma eyed the crowd – she knew, as though stated aloud, she knew they were waiting for the missing shipment of Furmatronics.

And, given the total number of assorted colours of furry creatures packed into a box, the pink one would be the hardest to get.

Selma was up for the challenge.

Steadying herself, she glanced around the trailer as the boxes swept by on dollies, the men in overalls pushed by with dizzying speed, their limited arsenal of retail life – packing tape and boxcutters – hanging from their hips.

It was the boxcutters that caught Selma’s eye.

As yet another man raced past, Selma reached out and plucked the boxcutter from his pocket, for she was sure victory would be hers.

And as the final load of boxed was lifted onto the dolly, Selma saw it. A worn cardboard box with Furmatronic stamped on its side.

There was an audible gasp from the crowd as the man lifted the box onto the dolly, and the crowd surged forward, no longer following social niceties, but as a pack drawing in on its prey.

Selma eased her way to the front of the crowd, preparing to follow the load of boxes into the store, when a woman brushed by her. A tall woman, wearing a puffy down jacket edged in fake fur, she shouldered her way between Selma and the boxes.

Other shoppers moved to follow, the crowd swelling around her.

Selma was left with no other choice. She pushed the woman, who fell startled, her hand still reaching toward the stack of boxes.

A pack of lions turning on its own could do no more; as though by instinct, the crowd surged forward, snow boots trampling over the fallen woman, and ignored her screams. The woman’s voice soon turned to sobs, and then silence, as blood stained the fur trim of her down jacket. A shriek rang out as another shopper fell from the loading dock, pushed, perhaps; and dropping onto the pavement below.

Caught in the midst of surging bodies, Selma used her boney elbows, sharply jabbing, to move toward the boxes. The man pushing the dolly stepped back, startled and then moved to grab the handles of his dolly.

The crowd ripped it from his hands, and a sea of reaching arms soon seized the load of boxes, tearing cardboard into shreds and scattering its contents across the loading dock.

Women’s designer clothes, and men’s outer wear – all blackmarket knock-offs, were tossed aside. Picking up an oversized leather handbag, Selma held it as a shield, and pushed through the crowd toward the remaining box.

Moving as one, the crowd pushed into the trailer, circling around the dolly and filling empty space behind it. Selma was shoved aside, toward the mouth of the trailer. Daylight crept through the open door behind her.

At the sound of cardboard being torn to pieces and the rustle of packing peanuts, a hush fell over the crowd.

“It’s them!” a woman screamed.

Hands reached in, and grabbed anything they could reach; snatching fuzzy creatures with enormous eyes from the box and each other. The yelling resumed, reaching fever pitch. Selma pushed forward, now blocked by a bald man hastily filling his arms with toys.

As his hand seized upon a pink Furmatronic, Selma leapt into action.

Jumping upon the man’s back, she swiped at the stuffie, and he lurched forward, dropping Furmatronics on the trailer floor. The crowd shifted again, as people bent, now grabbing stuffed toys in a frenzy.

With a bloodcurdling shriek, Selma tumbled into the mix, and, boxcutter in hand, she started slashing wildly.

Yells and arguing soon turned to screams of terror as shoppers were slashed – the bald man, pulled back, his hand now dripping blood. A woman screamed, as her cheek opened up, revealing the thin layers of flesh below skin; thin stream of red spiraled down her neck.

Wordlessly, without hesitation or hurry, Selma kept slashing. The last Furmatronic would soon be hers; and her list would be complete.

Red – spurting, streaming and gushing – arched and sprayed as Selma swiped with the blade. Shoppers now panicked, turned toward the open doorway, only to face Selma, her hands dripping with blood and her face wild with fury.

They pulled back, pressing toward the front of the trailer, a dead end of wood and metal framing. The crowd grew silent, from their midst, a voice whimpered.

And still Selma approached, boxcutter gleaming in the dim light.

A holiday vengeance, or shopping spree like no other – by the time Selma was done, a sea of red ran down the trailer, pooling onto the loading dock and dripping onto the pavement below.

The bodies lay in a heap, some still moving amid groans and cries, limbs jerking grotesquely and covered in blood.

Competition now done away with, she turned her attention to the pile of Furmatronics now trampled and covered with blood.

And, plucking the pink one from the pile, Selma emerged victorious, brandishing a battered stuffed animal with enormous eyes in her bloodstained hand.

Liz McAdams is a Canadian writer who has spent far too much time in shopping malls lately. Her story ‘Shopping‘ recently appeared on Spelk and more of her work can be found on Yellow Mama, Shotgun Honey, Near to the Knuckle, and around Twisted Sister. You can connect with Liz at https://lizmcadams.wordpress.com/