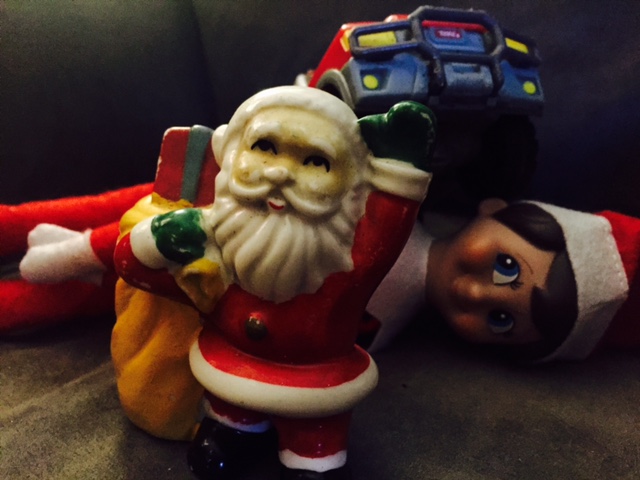 I thought I saw him once, fleetingly. Over there, in the corner — no
there — behind the wardrobe. One blink and he was gone. Shadows
conspiring to hide him. Even so, I could still feel his presence, watching me. Waiting for me to cross that invisible line.

My parents introduced us. They were briefly acquainted before I was born and seemed to have no qualms about letting him scare me shitless. It probably made life easier for them.

I was a difficult child. Always poking my nose in where it didn’t belong. Doing things I shouldn’t. They had to put a stop to my hijinks somehow. It was for my own good, so they told me.

His existence hung over me like an ominous cloud full to bursting. I couldn’t get away, no matter what I did. My life became regimented. I was constantly on guard: peering into shadows, cautiously opening cupboards, tentatively looking beneath beds; my every action awaiting his reaction.

And make me wait he did. Many a night I spent with duvet tucked tightly around my trembling body wondering where the hell he was and what he would do to me if he ever turned up. Sleep deprived, too frightened to move in case an arm or leg slipped out for him to grab.

We never spoke. His reputation said it all. My parents never let me forget him, either. The very mention of his name would stop me in my tracks. But, as I grew older he become less problematic. We called a truce, you see.

If I acted responsibly, he would stay out of my life, returning to whence he came, deep in the shadows. Biding his time, until I had children of my own and did what any self-respecting parent would do. I told them The Bogeyman was coming.

The Art of Parenting was previously on ZeroFlash @fiction_zero in July (albeit with different title).

CR Smith is a Fine Art student at the University of Kent. You can read some of her work at Zero Fiction, Sick Lit Magazine and Ink in Thirds. She has also written for The Infernal Clock, an anthology of 24 horror stories due out later this year.