She sank back into the seat at lift off, the sheer pressure of gravitational forces pulling her down; the strange sensation of lightheadness as blood rushed to her feet, her heart faltering and vision greying as G-forces took hold.

And then in a moment, euphoria.

Captain Jane Marshall smiled out the window as her podcraft took flight, and began to take its place in the slow orbit around the Earth.

Only an observation flight, just something to kill the time between missions into deep space, but still – it was good to be out here, where she belonged.

“Say again?” Marshall tapped her headset, and another burst of static erupted in her ear.

She craned her neck, straining to see through the haze of the atmosphere; blue globe arching below her, deeper blue fading into pale, debris and a cloud of yellowed gas hung along the boundary of atmosphere and space and then dissolving into blackness, pinpricked with stars.

Her scanner array beeped, and she glanced down. Familiar ship, one of their own podcrafts. Figures, the SOB is approaching from rear starboard, hard to see in this craft, and he’s coming in on her blindside.

“Greetings, captain,” she could hear the smile in his voice, “Looks to me like we’re together again.”

“Derik Reisen,” she spat. “Looks like you’ve been permanently reassigned.”

“What about you, Cap?” She thought she heard him laugh through the static.

“Deep space too much for you?”

“I could have you run up for insubordination.”

“For your information, I’m heading out in a fortnight. This is just a practice run.”

“Usual suspects, then.” There was a pause, “Lieutenant Commander Holden-Tremblant still on board?”

“I’ll take that as a yes,” he laughed, and then his voice softened. “So Cap, whatever happened –”

She cut in. “Need I remind you this is an unsecured channel.”

A burst of laughter filled her headset. “Fine then – have it your way. You always did.”

Suddenly dropping altitude, she twisted the steering column, and spun the craft, pointing both rail guns at him.

Marshall pressed the ignition button, and a burst of fire filled her field of vision, then nothing as her eyes readjusted to darkness.

“You missed me,” his laughter grated on her nerves.

“On purpose,” she said. “Go patrol the area you’re assigned.”

“Fine, I can take a hint.” The sounds of flicking switches clicked through the headset, and his voice came on again, sounding distant, “This is Squadron Commander Reisen, resuming patrol of the Sub American Continent – section niner bravo.”

“Roger – that’s Reisen on Sub American – section –” A burst of static from the command centre cut out the rest of the transmission. Radio was glitchy today.

Marshall watched as his craft tuned and headed away, following the curve of the earth, a black spec dissolving in the blue haze. Reisen’s voice crackled through her headphones, “You know Cap, looks like its just the two of us out here. We could stop for a break, maybe grab lunch. I know a space station we can cozy up to.”

“Fine, fine, I can take a hint.” She could hear him smile through the static. “See you around, Cap.”

Captain Jane Marshall turned her craft slightly, following the axis of the earth; soon the white caps of the pole came into view. Blue haze, snow covered land, all cloaked in a yellow cloud; sure it was grimy, but it was home.

Red light on her control panel flashed abruptly; a burst of static squelched in her ear, and cut back –

“– I thought you guys were watching up there –”

A sudden flash of light swept past her craft, Marshall blinked, and then twisted the podcraft into a sideways spiral; engaging in evasive maneuvers, and retreating to an adjacent asteroid belt.

The radio was silent.

She watched as a bolt of fire struck the earth, followed by another and another, rapid fire frenzy obliterating rock and ocean into dust.

Faint crackle in the radio, and Reisen’s voice. “Cap, you OK?” He sounded shaken.

She swallowed hard. “Yeah, you?”

“Guess so.” She smiled as his podcraft came into view. He continued, “Nothing much left.”

The both sat in silence watching the planet implode upon itself, dust and debris slowly moving skyward, caught in oscillating currents of energy; the remains of the entire planet now loose particulate matter.

After a long while, Marshall finally shook herself. “Reisen, you know of a space station we can head to?”

“Uh yeah.” She could hear the smile in his voice as he turned his craft, heading toward the Canes Venatici constellation.

“So Cap, does this mean I get another chance – seeing as I’m the last man on Earth?”

Jane Marshall smiled, “But you’re not on Earth.”

Liz McAdams is a short, sharp writer living in the wilds of Canada, and she’s appearing here as both our obligatory Canadian and obligatory female writer for this whole Canadian feminist lit mag thing to work. You can connect with Liz through https://lizmcadams.wordpress.com/ 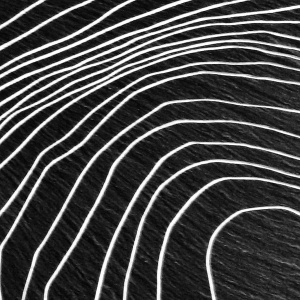