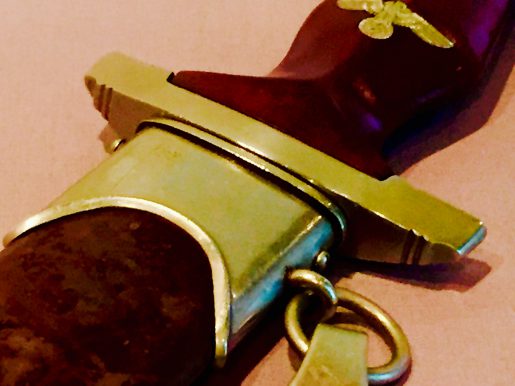 We at Twisted Sister truly appreciate Rayne Hall sharing her thoughts on writing with us, this is the first part of a short series on writing scary or suspenseful stories.

Have you written a horror story, or are you working on a frightening scene? Here’s a professional technique for making it even scarier.

Solitary adventures are more dangerous than group adventures. In nature, an animal which becomes separated from the herd is vulnerable to predators. To make your scene scary, let your heroine face the danger alone.

The more you isolate your protagonist, the more frightening the scene becomes. Think of as many ways as possible to make her even more cut off from rescue and moral support.

I’m using ‘she’ in this article, but of course everything also applies to male characters.

Send the Allies Away

Give your protagonist a reason why she faces this danger on her own.

Perhaps she has no choice: the little girl is alone in the house because her parents have gone to the theatre. The hero’s guide and friends have been killed leaving him as the only survivor. The explorer’s companions have stolen his equipment and deserted him. The prisoner escaped from the dungeon and is fleeing alone.

On the other hand, she may have chosen to do this alone: the treasure hunter doesn’t want to share the bounty with others. The teenager quarrelled with her date and told him to leave her alone. The explorer is the only one who believes that the coded map reveals the true location of the temple; when others mocked his belief he set out on his own.

Sometimes, when the adventure stretches over several scenes, you can take away the protagonist’s companions one by one. First, his friends declare him crazy and refuse to join the expedition, so he sets out with his girlfriend, three mates, and a local guide. Then his girlfriend falls in love with one of his mates, and the two depart. The local guide steals the equipment and deserts. One of his loyal companions gets killed by a giant snake, the second by the evil overlord’s poisoned arrow. Now he’s alone.

In other works of fiction, the protagonist may be alone for only part of the scene. For example, the hero and heroine are exploring the castle ruins together. Then the hero gets captured by the villains, or maybe he leaves the group to fetch supplies from the car or to investigate a mysterious signal, and the heroine faces the danger alone. For the last part of the scene, they’re together again, but the danger is not yet over.

Cut off the Lines of Communication

To isolate your protagonist even more, deprive her of the means of calling for help. The villains have cut the telephone lines. A blizzard prevents other people from coming to this place. The radio battery is empty so the explorer can no longer send Morse signals. The computer has crashed. The internet server is down.

For the writer of scary scenes, cell phones are a nuisance. The scene isn’t really scary if your heroine can summon help at any time. Make sure she doesn’t have a cell phone with her, or that it isn’t functioning: Her bag was stolen, or she lost it during her daring escape or had to drop it while running for her life. She doesn’t own a cell phone because she hates modern technology. There is no reception in the remote mountain valley. She forgot to recharge the battery. She couldn’t afford to pay for a top-up. She borrowed a friend’s cell phone and the friend forgot to tell her that the service has been disconnected.

There must be no chance of a lucky rescue, either. Nobody must miss her, or even know where she is. The treasure hunter laid a false trail about his destination. The teenager didn’t tell her parents where she was going because she knew they wouldn’t approve. The police officer did not tell her colleagues because what she plans on doing is not strictly legal. The heroine tells no one where she’s going because she doesn’t want her stalking ex-boyfriend to find her. The hiker told the landlord of the last inn that he planned to walk south, but then changed his mind and went west.

Now Rayne is a professional writer, with more than sixty books published under several pen names (mostly Rayne Hall), in several genres (mostly fantasy, horror, historical and non-fiction), by several publishers, in several languages. After living in Germany, China, Mongolia and Nepal, she’s settled on the south coast of England, where she enjoys gardening and walking along the seashore. You can find Rayne on Twitter (with her lucky black cat, Sulu) @RayneHall or at http://www.raynehall.com/  You can find Rayne’s book’s on Amazon