“Ginger, pull over here,” Detective Sheena Washington directed from the back seat of the yellow cab.
Detective Virginia Stoddard studied the rear view mirror. “Sheena, we got enough info on this mope without you dressin’ like that and playin’ street whore.” She swung to the curb. “We’ll turn his ass up soon enough.”

“Partner, this sumbitch has butchered six whores… that we know of… and all we got is a Rolex and a tattoo, “Mom”, on his left wrist. Gotta get close. He isn’t finished.”

“Dammit, Sheena, we’re murder cops, not Vice. I ain’t likin’ this caper for shit. You sure that wire’s hidden in that skimpy Halloween whore costume?”

Sheena stepped out into the evening Houston humidity amidst a dozen genuine whores working the corner. Casually, in her halter top, ass-displaying shorts, and spikes, she moved a half block down for privacy. Stoddard drove a block further down to cover her via the rear view mirror.

Sheena spent the next three hours turning away all who didn’t wear a Rolex. Then, a clean cut man of about forty, with a pencil mustache, driving a black Lexus, stopped and smiled. From the driver’s side window, she spotted the Rolex. His long sleeved shirt covered his wrist above the watch. Without hesitation, she slid onto the front seat. As they passed Ginger Stoddard, she saw the taxi lights come on in her side mirror.

“You smell like cop,” she smiled across the console.

“Not a chance, baby. Let’s me and you stop in Sizemore Park up the way here and get serious. What kinda price we talkin’ here?”

“Hon, you got the Rolex and Lexus. Couple hundred isn’t unreasonable. Damn, baby, I’d like to take a closer look at that watch.” She leaned slightly toward him.

“Two hundred it is, sweetheart. But it’s something beside a wristwatch I’m gonna show you.” He swung the Lexus behind a warehouse and switched off the lights.

In the almost total darkness, Sheena had no way of seeing the man’s left wrist. Protocol and good sense dictated she get out and run. Visons of the butchered whores said otherwise. She need piece of this guy’s ass and was determined to get it, even if it meant getting that piece the conventional way.
Dedicated cop that she was, in ten minutes he was mounting him in the cramped rear seat, fully aware actually engaging in sex with a murder suspect could end of her career. He had shed all his clothing, and she followed suit, leaving the wire in her purse.

Suddenly, his cellular buzzed, giving off miniscule light. When he reached for the instrument with his left hand, the “Mom” tattoo was plain to see. She realized in horrified real time she was buck naked in the vital position astride a serial killer. He switched off the call. Survival dictated she had to do something… anything quickly.

Sheena, still in the saddle, reached backward, feeling for her purse. The man groaned, thinking the move was part of the action. She managed a grip on her .38 snub-nose.

“You know, baby, sluts like you need killing,” the man said. “I’ve already finished several of your sorry asses and now…”

The flash of the knife blade was barely perceptible in the dark.

The roar of the .38 inside the small car was deafening, particularly through the receiver in Ginger’s taxi nearby.

In seconds Ginger found Sheena, naked and blood splattered standing beside the Lexus, struggling to pull on her skimpy outfit.

“Got the evidence, Partner,” Sheena said. “Now, I’m fired for screwing a confession outta this asshole?”

Ginger held up the cassette tape from the taxi receiver. “I heard the confession and can testify to support your statement, but there was no tape in the recorder… and I didn’t hear nobody fuckin’.” She flash-lighted the nearly headless suspect in the Lexus, the large knife still in his right hand. Pulling the tape from the cassette, touched a cigarette lighter to it, and watched it flash into nonexistence. ”Case closed, partner. Now how the hell we gonna scrub off that blood and shit and squeeze your slinky ass back into those tight shorts?”

Gary Clifton, forty years a cop, has been shot at, shot, stabbed, sued, lied to and about, and frequently misunderstood. Having published over a hundred short fiction pieces via various venues, published a novel in national paperback: Burn Sugar Burn, and having an anthology of short stories on Amazon: Biggest Balls in Sanderson County, he’s currently retired to a dusty North Texas ranch where he doesn’t much give a damn if school keeps or not. You can find him at  http://www. bareknucklethoughts.org/ 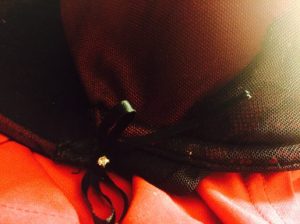