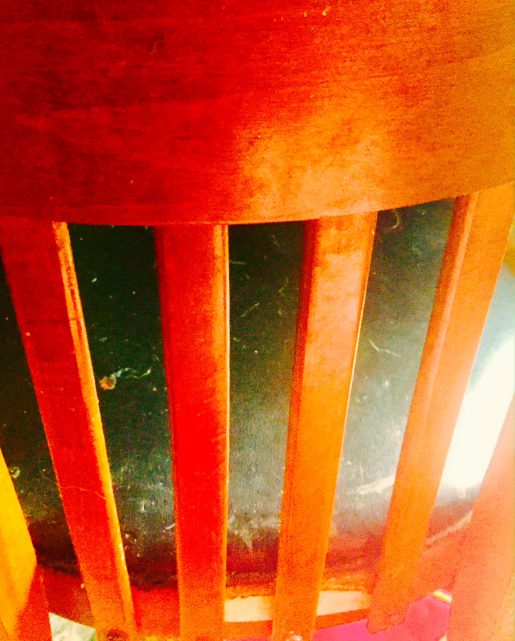 The stink of Chinatown in high summer was on us – the city was in the midst of a garbage strike, and crap was piled up everywhere – parks, streets, and filled the sidewalks. You laughed and sidestepped exploding garbage bags. Too broke to pay for streetcars, we were walking home, picking our way through garbage, arms slung with shopping bags filled with cheap produce and groceries of dubious origin.

Our place – I remember how you smiled as you said those words, our place, even though you’d moved in with me – was only a few blocks away, and we may as well walk to save the cash.

I had a third story flat tucked up in a crumbling house that might have been a Victorian mansion at one point, and now warehoused an everchanging ebb and flow of broke students, people who couldn’t or wouldn’t get it together to move into city housing, or, transients who came from nearby halfway houses, plus the usual tenants of roaches, bedbugs, and mice.

The smell of pot hung in the air.

You said it was like home, when you arrived. You wandered through my apartment, picking up my books and leathers; and then we soon spent long afternoons stretched out in tangled bedsheets, a Styrofoam container of Chinese takeout forgotten on the table.

Sex made you hungry, you said. I shrugged and said I preferred the word fucking.

You laughed and kissed me and said, “I’m fucking starving – let’s eat.”

I’m not sure we ever ate the takeout.

It was only a matter of time before you moved in. It was in pieces, of course, first a spare change of clothes, for overnights, and as those overnights grew longer you finally moved out of her place and into mine.

You said it was over, anyway, between you and her. Chrystal, her name was. Or something like that.

You said you could never go back, that I’d broke you in, and now I had to keep you. You laughed at the not-so implied ownership; for you already did belong to me, as found goods that I’d rightfully claimed.

But I could never belong to you. And I don’t think you knew it, at the time.

Thinking back, I don’t think that you know it, even now.

Your eyes lit up when you saw that chair, I knew they did. And then they glanced downward, shy, submissive, and respectful.

You waited my decision.

For now, that’s what things had come down to – afternoons spent in twisted sheets evolved into afternoons stretched in four-point restraint, collared and bound, while I plied my trade upon your flesh.

I had spent months dancing around your limits, blending the threshold of pain and pleasure together so exquisitely you begged for more; once the initial rush of impact faded into rolling euphoria, you lay gasping, “May I please – have another?”

Even as you grew silent, your head hung down, I could see by the haze in your eyes that my target had found its mark.

It would punish you far more if I withheld.

That’s how it was the day we found the chair.

The chair was tall, straight-backed, and gaudy, a knock off of a Victorian antique with worn velvet napping, and as you put your hand on it, it jiggled on the sidewalk. But I saw your fingers trail over the velvet plush, itching with longing.

You wanted it. I knew you did.

“We can’t leave it here,” you said, “Someone might take it.”

So we took it instead.

Then came the awkward shuffle of grocery bags, and I walked, plastic bags cutting into my arms and wrists, while you struggled with the unwieldly chair down the crowded sidewalk, the overly tall back blocking your view, and spiny legs poking out at passersby, and tripping the unwary.

Opening the front door into the house, I stood at the bottom of the staircase, and told you to leave it there, in the foyer, and help me carry up the groceries first.

You were worried someone would take it.

I shrugged, and headed up the stairs, a week’s worth of groceries straining my arms while you panted and huffed behind. You wanted it, you could carry it. I ignored the screech of wood on paint, and resolved to blame any damages on the other tenants.

Inside, the chair was placed in the middle of my room, and you fussed over it, wiping it down with old rags and furniture polish while I put the groceries away. I knew you were eager to use it, but I bided my time.

Look, you said, leaning across it the plush cushion, pretending to toy with its feet, and arching your back suggestively. It’s a perfect fit.

We soon found the tall back and spindly legs ideal for various positions of bondage – you blindfolded, and seated, immobile, and straining toward me, or, kneeling upon the plush seat, hands and ankles bound to the chair.

By now my neighbours knew not to comment on the sounds of percussion coming from my apartment – or those low groans, sharp gasps, or unearthly cries.

You were happy. You loved that chair, and the sting of the cane, almost as much as you loved me.

You loved me more than I did you, that’s for certain. I believe I harboured a certain fondness for you – but never love.

And that’s what broke things down.

You wanted things I could never give – to you, at least.

And when you moved out, you left the chair, storming out of the apartment without so much as a backward glance.

I moved in with a guy we both knew.

It was only a couple weeks later that I was cutting through Chinatown and decided to walk by the old place, and I saw it. The chair, in pieces, lying on the ground outside my window.

Nobody took it after all.

Carly Zee enjoys chocolate, red wine, and erotica in near equal quantities. Her work appears around the world in various forms, including The Feminine Collective, Muse Press, and Twisted Sister. You can reach out and touch Carly at https://carlyzee.wordpress.com/ 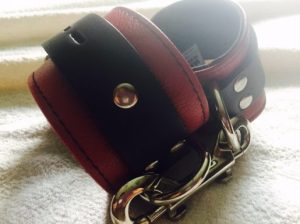